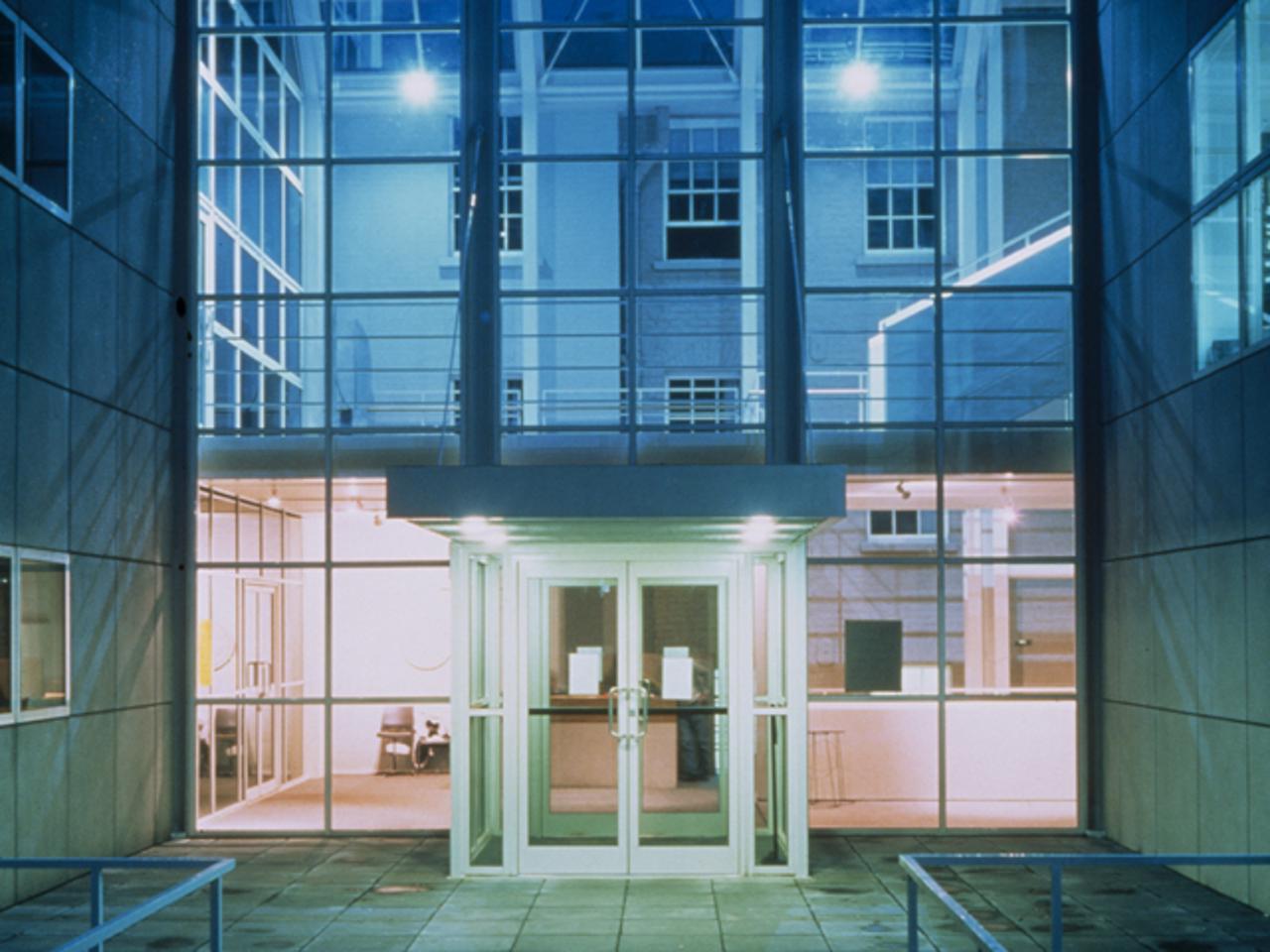 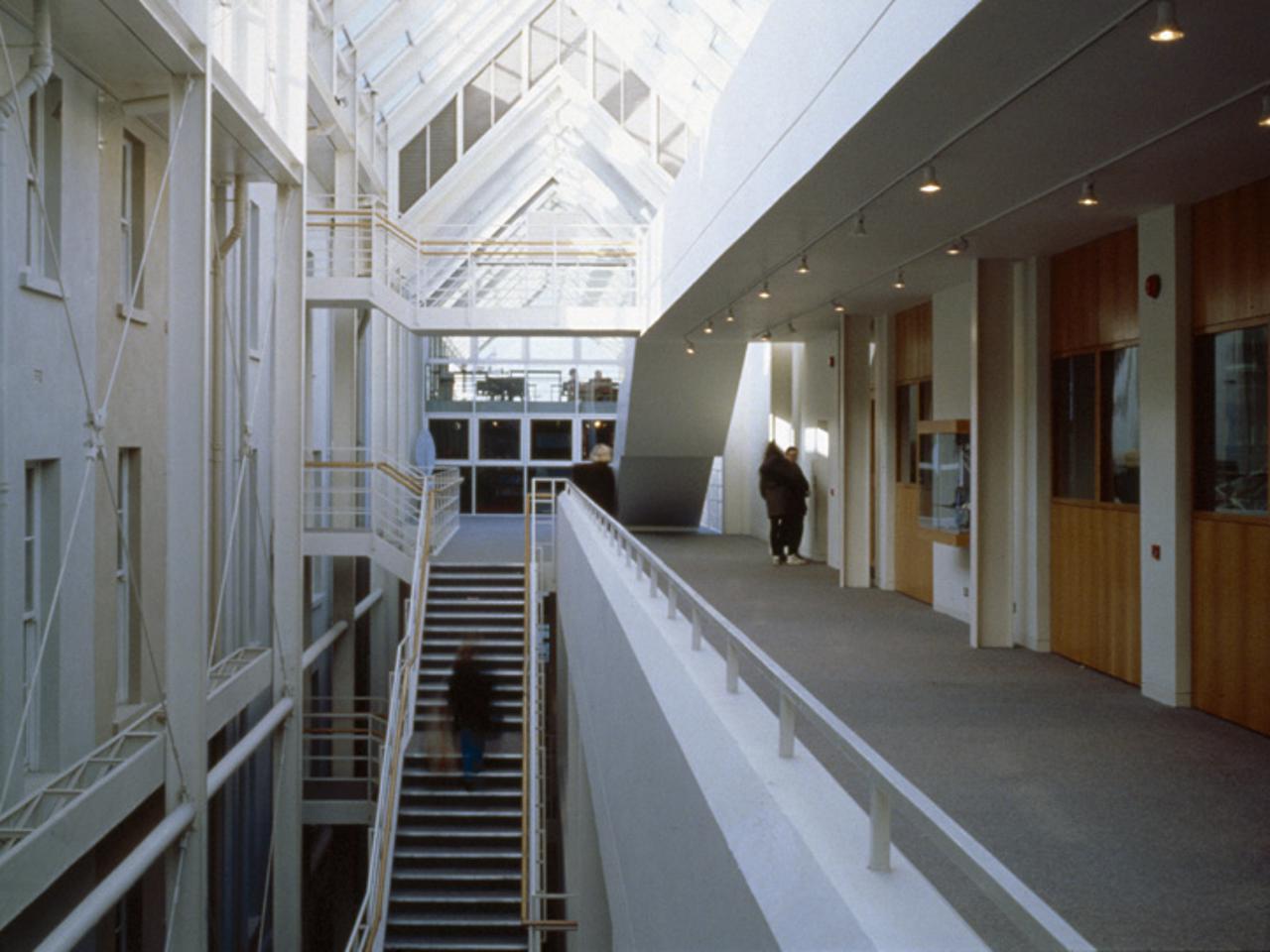 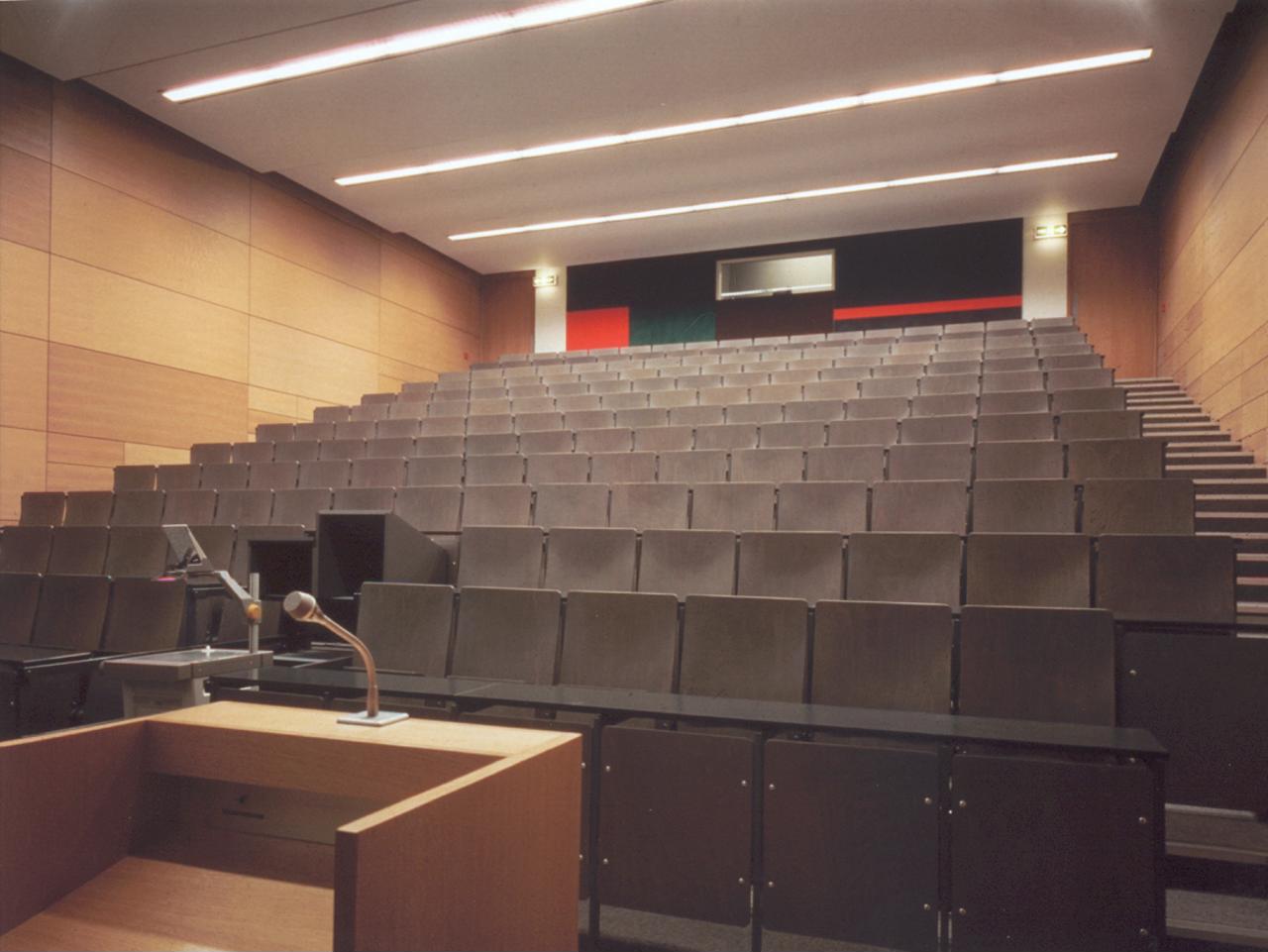 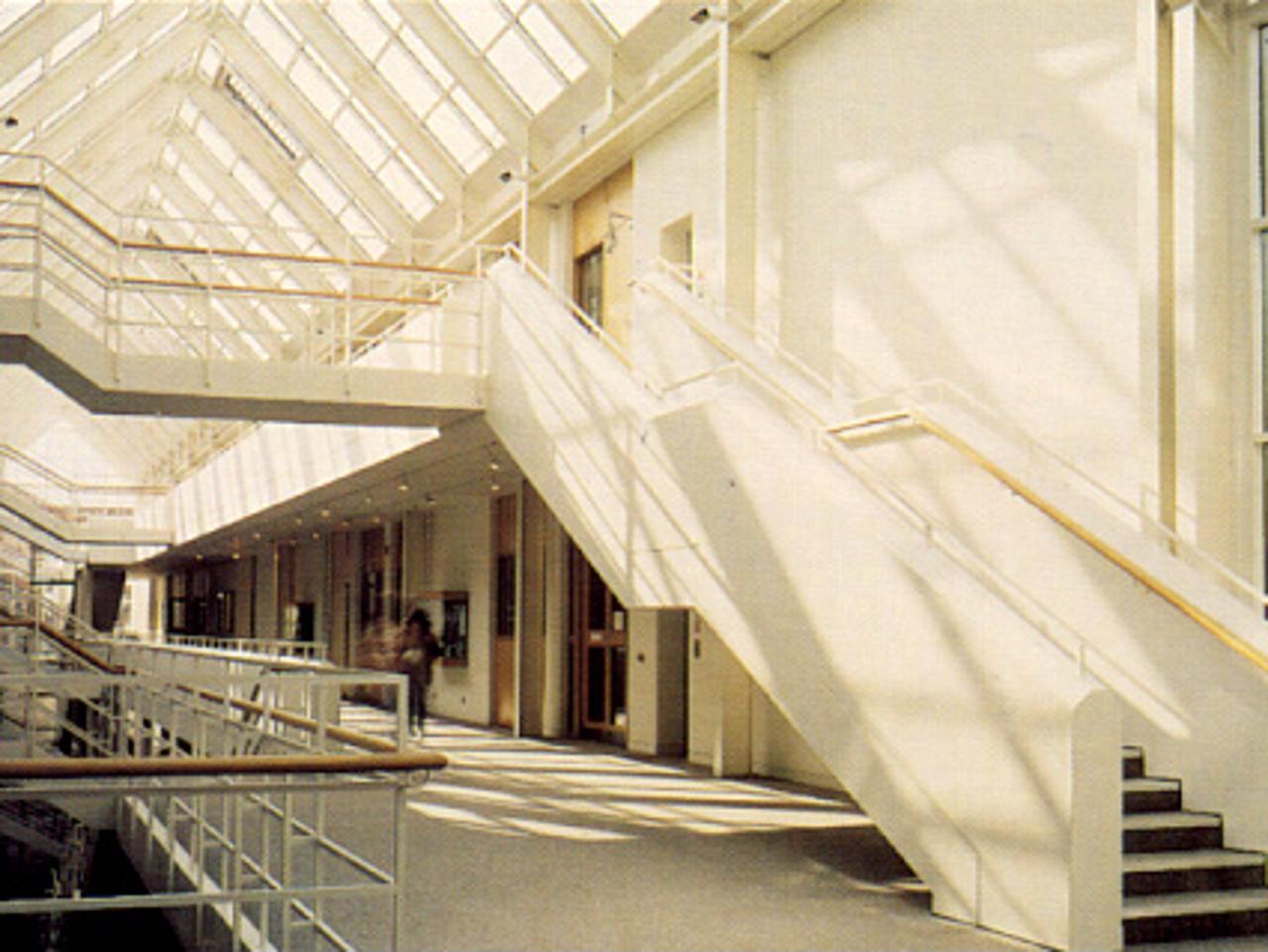 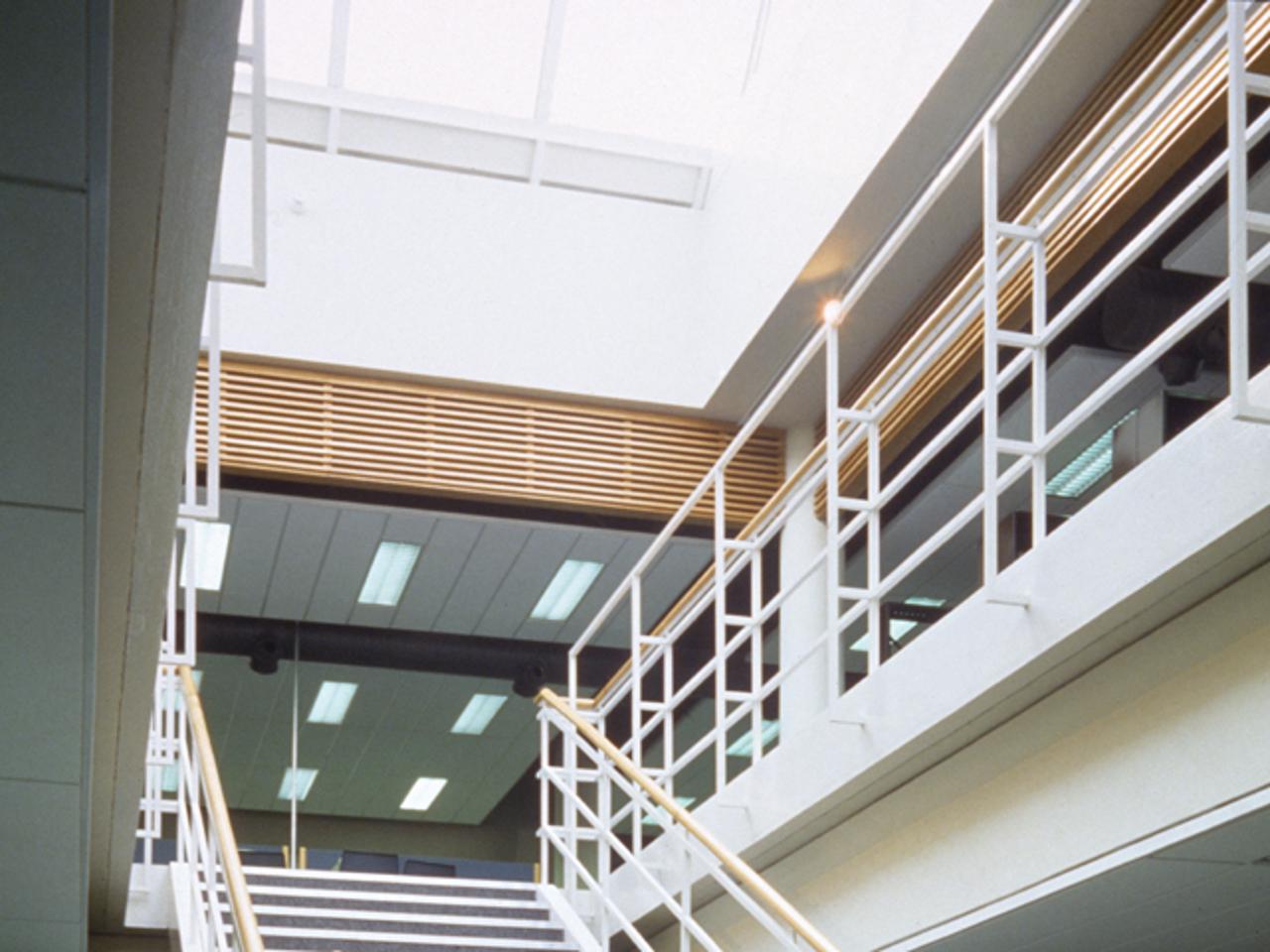 Scott Tallon Walker have masterplanned and designed over 30,000sqm of advanced teaching and research facilities for the sciences at the East End of Trinity College, Dublin, over a twelve year period. The Panoz College of Pharmacy and the Smurfit Institute of Genetics represented the 4th and 5th phases of this East End Masterplan, earlier phases of which included the O’Reilly School Institute for Advanced Communications, Rowan Hamilton Library and Biotechnology Building.

Selected for Exhibition
Royal Institute of the Architects of Ireland
0

The principles established in the East End Masterplan and in the construction of the O’Reilly Institute were further developed in these buildings, designed and built under one contract. The Rowan Hamilton brief was for a series of large undergraduate lecture theatres and a science library.

The biotechnology building is a research facility, some of which is commercial leasable space. The section concept of the Masterplan proved itself both adaptable and flexible, so with the constant of the renovated Westland Row houses and the student street behind, new sections were evolved to suit the functional requirements, and a double height colonnade at ground level on the college side was introduced. The cladding, as with the O’Reilly Institute, was in modular etched granite aggregate GRC panels.